This is a lovingly crafted 2D sprite pack with hand drawn, frame by frame animations. Inspiration for the theme and style come from The Behemoth's 'Castle Crashers' hit game as well as output from Edmund McMillen.

As well as an artist & animator, I am also a developer; therefore I have made an attempt to pack everything together for ultimate ease of utility. The file structure and asset organization have been put together with the programmer in mind, and it's a simple case of just dropping in the sequentially numbered images and you will have your animation ready to go!

There is a lot to list that is contained within this pack! It features the following assets to allow you to construct a complete graveyard shooter and arena:

Possibly a few too many to list here, but here are some key items:

- 6 gravestone types, each with 5 - 7 frames of condition to allow for gradual destruction and 3 types of particles associated to them (themselves with 5 - 6 variants to allow for randomization and variety)

- Additional terrain such as mushrooms that contain a squashed state when stepped on, seamles pathway tiles, statues, destructible bushes with leaf particles, mud piles with mud particles, a frame-by-frame fly animation to add motion and grit to the environment, a hanging tree with separate noose (for coded animation), bone piles with bone particles, a crate with multiple levels of destruction and an alert animation, treasure plots, seamless base grass tile, an underground ladder, fences, a main gate and perimeter bushes (with grass particles)

-3 mausoleum buildings (type 1 has a thin / wide variant), a shed (for your imaginary cemetary keeper!), a crumbling wall and a large poppy plot with decorative wall

- 3 different sarcophagi with particles to use on impact

Here are a few key features of the pack itself

- I have included a handy little usage guide in the form of a .pdf to help get you going if you're new to using sprites and assets

- I have included a .yyp file for anyone using GameMaker Studio 2; this will allow you to just import the sprites directly into your project. All assets inside the GMS2 file have been organized meticulously (and alphabetically!). I have also set the playback speed of all animations to how they were intended when I animated them, so unless you want to change them that has already been done for you. In the Usage Guide.pdf I also detail how to size the 4K sprites correctly and easily :)

If you have any questions please contact me at Chaz [at] MadeByChaz [dot] com or message me through Discord: a link to my server is on my website here!

These assets may be used to for use in your game, including commercial sale, but must NOT be repackaged, resold, or redestributed.

In order to download this asset pack you must purchase it at or above the minimum price of $19.99 USD. You will get access to the following files: 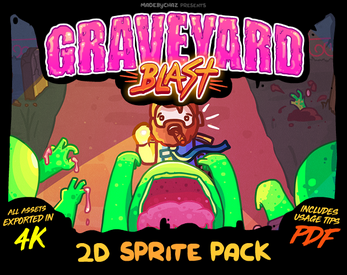 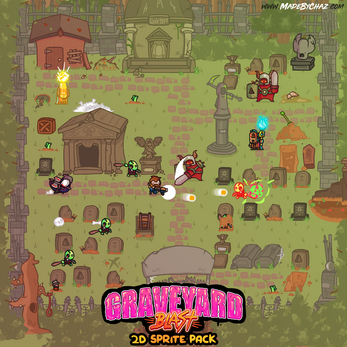 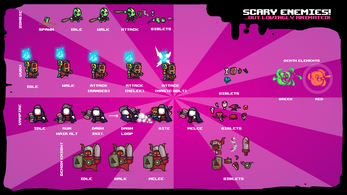 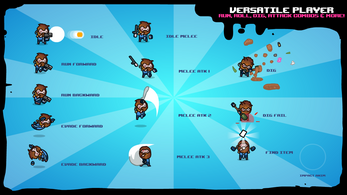 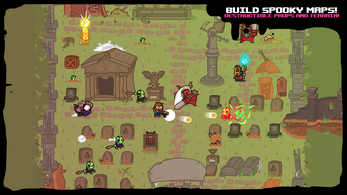